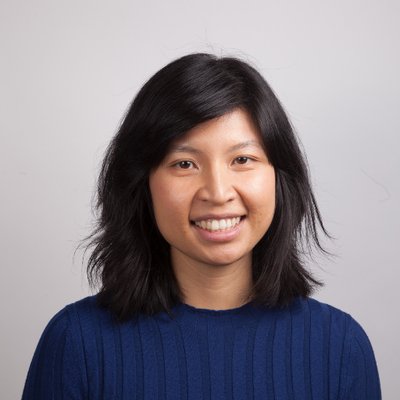 Intentional & Explicit Culture, Part I: 3 Tools for Creating a “Center that Holds” on a Fully Distributed Team

It was 2014, and our CEO (Chas) and CTO (Frank) had been working side-by-side in New York, NY on the beginnings of Aptible. They were ready to grow the business and found a talented Product Designer to join. The only challenge was that said Product Designer lived in Indianapolis, IN, and he wasn’t planning on moving any time soon. Could an early stage startup successfully get off the ground with hundreds of miles between its founding members?

The answer, we’ve learned, is a resounding yes. Not only did we hire that Product Designer (Skylar), but over six years later, he’s had an outsized positive impact on the business and now leads our Design Team at Aptible. Throughout that time, he’s also gotten married, had two children, and moved cross-country (not once, but twice)! Today, Aptible is proudly “Remote-First,” with fifty team members based in forty cities across North America. In retrospect, had we not prioritized people over geographical centralization since our earliest days, Aptible would be a completely different company today. 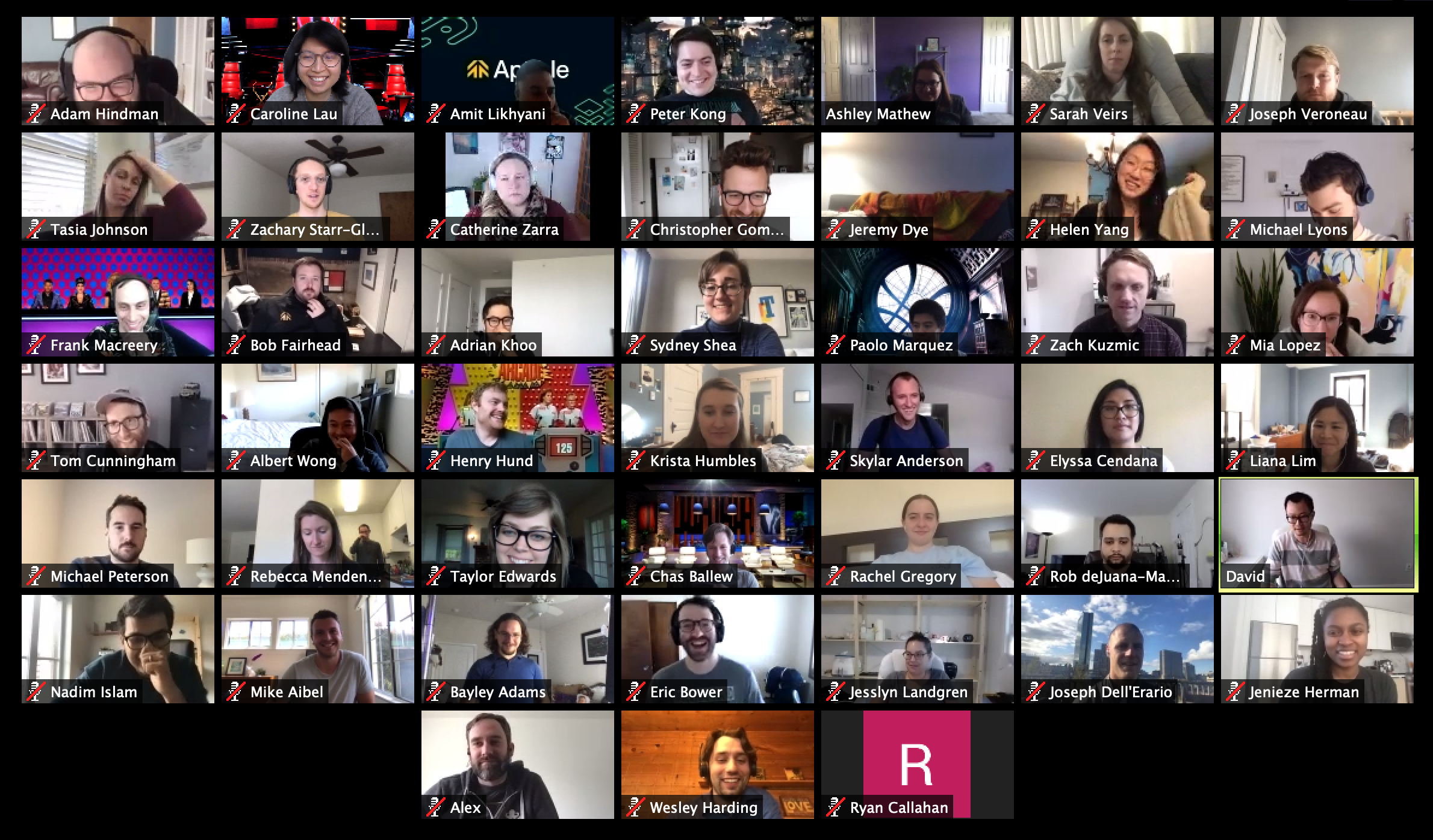 The Aptible Team at our Virtual Onsite, May 2020

We're passionate about building a diverse team of talented people who accomplish great things together, regardless of where they are. We know that our ability to achieve our mission is contingent on ensuring our team performs at a high level and making Aptible the best environment to support that kind of team. We can’t control what’s happening outside of Aptible, but we can be certain that we have a greater chance at long-term success if our center holds. This means that the core of Aptible—our team and its culture—must be strong, through every phase of growth.

But how do you create that center when there’s technically no center at all — no headquarters, and practically no physical assets? We believe it begins with being intentional about the culture we're trying to create, and taking the time to explicitly articulate what we mean by "us". Here, we share three tactics for scaling culture on a rapidly growing, distributed team.

Part 1 | Values, Pillars, Themes: Define the Behaviors You Care About Most

As a team, one of the most important things we’ve done together is co-create Aptible’s Values. We believe that it’s critical for every company to establish a common language around a set of shared attitudes about work — but we’re convinced that it’s even more critical on a distributed team and at an earlier point in its trajectory. In the absence of a physical HQ, employees have fewer opportunities to observe how their colleagues act on a day-to-day basis — and which of those behaviors get rewarded — so we have to put this in writing. Here’s how we’ve done this at Aptible, and how you can, too.

To develop a set of values that resonate with and are genuinely lived by your team, we recommend inviting every employee to participate in the process. At just twelve employees, we circulated a questionnaire (via Google Forms) of seven simple, open-ended questions that helped us consider the many ways in which Aptible already expressed what it values through its team, products, operations, communications, and beyond.

We collected and distilled this feedback (6,000+ words!) into eight high-level thematic buckets, with tentative titles for the purpose of discussion. Here’s an example of one of the themes that emerged in our conversations at Aptible:

“We’re committed to the team and to building something special, to riding the emotional ups and downs of a startup well, to having grit and grinding it out.” “I believe we've done a fantastic job of doubling down on people who work hard on their crafts.” “What I admire most is the level that everyone cares about what we do.” “Work Ethic: No one here is afraid of work.” “Persistence and Resolve” “We have a culture of consistently showing up to do the hard work when needed. This has allowed us to consistently do a lot with a little.” “Grit: Perseverance in Problem Solving” “Investors are always impressed with our capital efficiency and customers are impressed with how much we do with so few people, both of which are a function of discipline and perseverance. “Thinking Big Together” “I admire when we push through the discomfort to get to the essence of the issue. I've heard this referred to as ‘muddling through it together,’ or ‘wrestling with it.’” “When our smarts are combined with our tolerance for hard work, we are able to realize compounding gains in what we are able to achieve.”

While the Leadership Team took full ownership of the distillation process at Aptible, we think this could be owned by any passionate, cross-functional committee of ambassadors at your organization. We recommend sticking to fewer than 10 themes, though, to facilitate a focused discussion within your organization moving forward.

We used our annual Aptible Onsite as an opportunity to hold a “Values Workshop,” where we refined the themes together — which entailed eliminating or splitting out themes, and turning them into memorable phrases. After some context setting and examination of inspirational examples of company values (e.g. Amazon, Patagonia, etc.), we created groups and tasked them with crafting a Statement and Description for 3+ Themes in under 60 Minutes.

“This was good because it was tough,” said one Aptilian. “We had to go from some squishy, linguistic concepts and boil them down to real meaning. I also liked seeing that other groups came up with the same high-level concepts. We're aligned, ultimately and that was nice to see.” 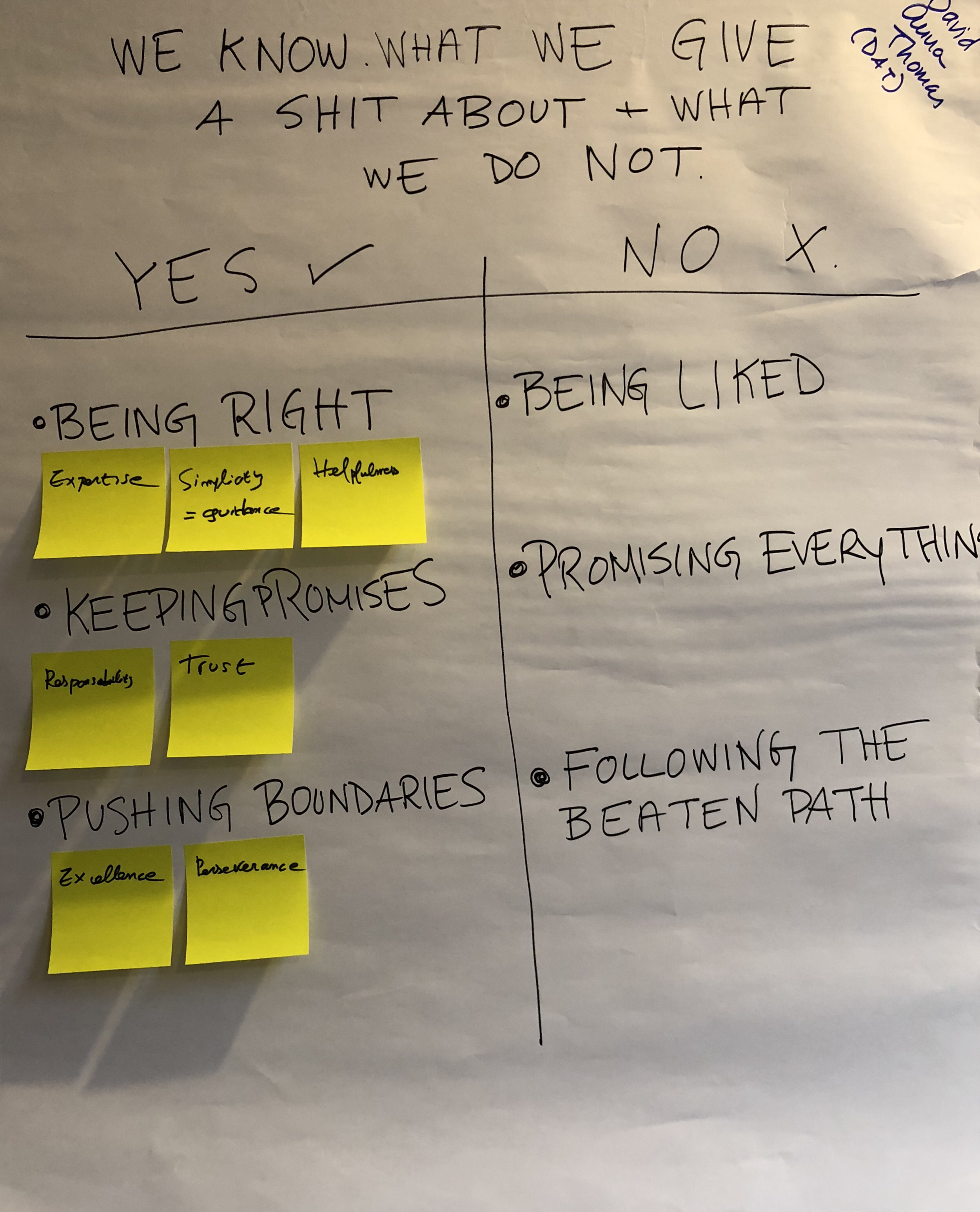 The outcome of the workshop astounded us, both as a way to achieve alignment and yield statements that were just a polish or two away from a publishable state. “The ultimate results of the workshop — the different sets of values produced by each group — were very useful,” said another teammate. “Even though no group completed their Mission & Values 100%, we were able to surface some new and important themes in just the 2 Hours allocated to the workshop, and that's quite an accomplishment.” We were proud to share the first iteration of our values front and center on our Company Page, and sought opportunities to promote them daily.

Let Your Values Evolve with Your Team

Part of what it means to scale culture is being open to evolving it. After several months of invoking our seven values, we found that they promoted a strong culture, as measured by employee engagement — and that they resonated strongly with potential employees, as seen and heard in conversations with candidates. But there were too many. Candidates and Aptilians couldn’t remember them all! And not all of them could be used to shape decision making on a day-to-day basis.

As such, we solicited input from the entire team and assembled a cross-functional, volunteer-based “Values Working Group” to put a critical eye to Aptible’s Values and experiment with how to improve them. Ultimately, we edited and reframed them into three new “Core Values” — Pillars, Cultural Tools, Operating Frameworks — with examples and quotations that illustrate each.

We’ve since published the Aptible Values v2.0 to our Company Page, along with a new section of our Aptible Owner’s Manual that answers the following key questions: Why have values? What makes for a good set of values? What are Aptible's Values?

Aptible’s first set of values helped us define what we expect of each other, but ultimately reflected baseline qualities that teammates are expected to adhere to in a binary way: For example, we’re either committed to the mission, or we aren’t. Our newest set of values defines how we do things at Aptible and enable us to make decisions quickly.

If you haven’t begun defining the specific behaviors and skills you care about most on your team: Just start. When prompted, your colleagues will likely have a lot to say about the qualities of the people they want to work with and who will thrive at your company. You won’t get it right the first time around, and probably shouldn’t: The value in establishing these cultural tools lies in the conversations you’ll have about how well they support the culture you’re trying to build over time — a process of ongoing reflection and action.

Checklist: Create your own set of Core Values